How to Shutdown/Power off Windows 10 PC Using CMD

Windows 10 won't shut down problem occurs every time when Microsoft released an update. This time when the anniversary update was released on August 2, many people began to report Windows 10 start menu not working, which stopped them from accessing the power button. Finally, they don't know how to power off PC as they lost the usual way.

"After installing Windows 10, my laptop no longer shuts down properly. Last night, after I finished the PDF editing, I turned off the computer to have a rest. Windows logo existed and seemed to shut down fine, but my laptop itself did not shut down. I was left with a black screen and my power lights and backlit keyboard still on. If I waited a while then held the power button for a second, the hardware then shut down and Windows did not report any errors the next time the computer is started up."

We received many people's complaints about being unable to shut down their computers through the power button, which exactly resembles this old post on the Microsoft community. To solve the problem, people have to learn a new way to shut down PC before Microsoft released another Windows 10 update to fix this bug.

Guide: How to Shut Down Windows 10 PC/Laptop by Using Command-Line

It's very useful to learn how to use a command line to shut down a Windows 10 computer when Windows file crashes or computer screen freezes or other stuck errors that prevent system shutdown. Follow the guide below strictly and try to close Windows 10 when it does not turn off.

STEP 3. List of various choices that you can do with the command will be listed down; 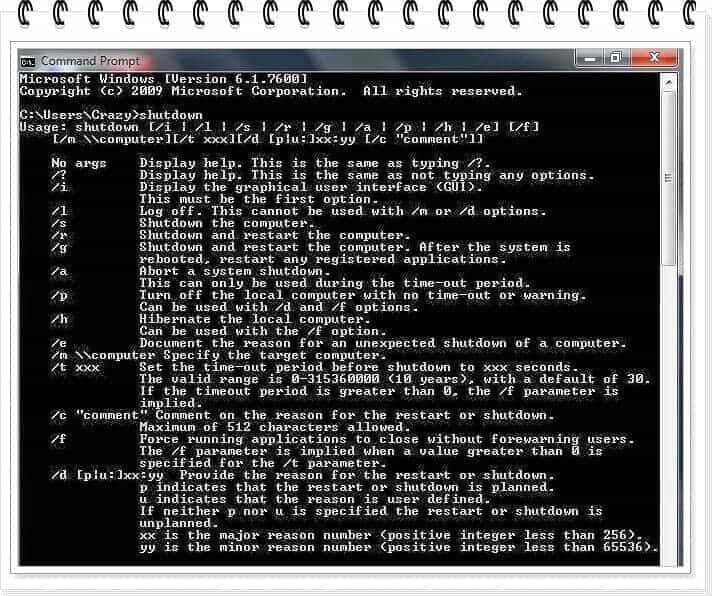 STEP 6. Type shutdown /l" to Log off your computer