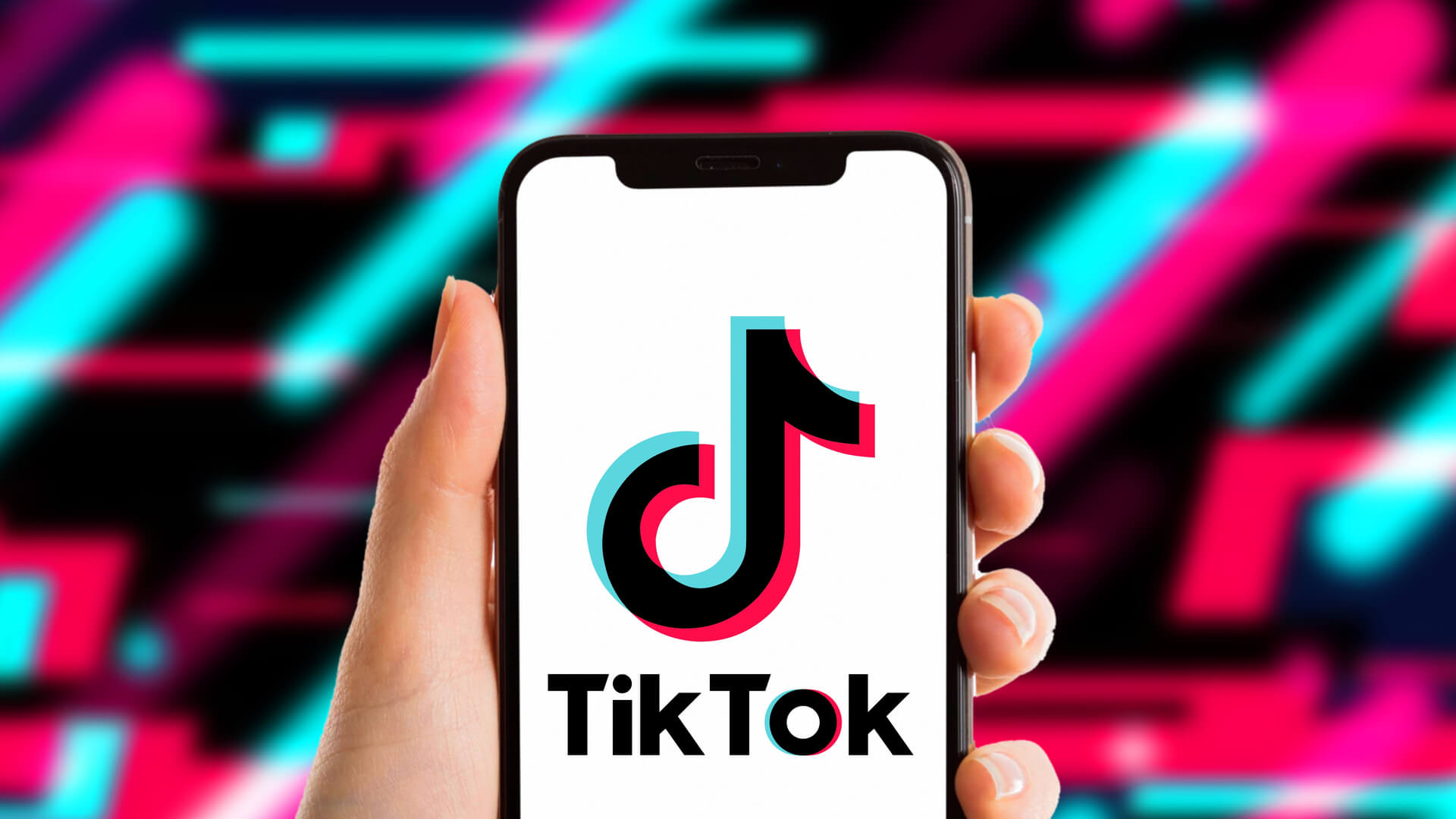 TikTok is again increasing the maximum length of videos users are allowed to upload — more than tripling it, to 10 minutes.

Formerly, the maximum length for a TikTok video was merely three minutes, which was released in July 2022. Before that, the videos were limited to 60 seconds. As the platform launched, only videos under 15 seconds could be uploaded to the app. 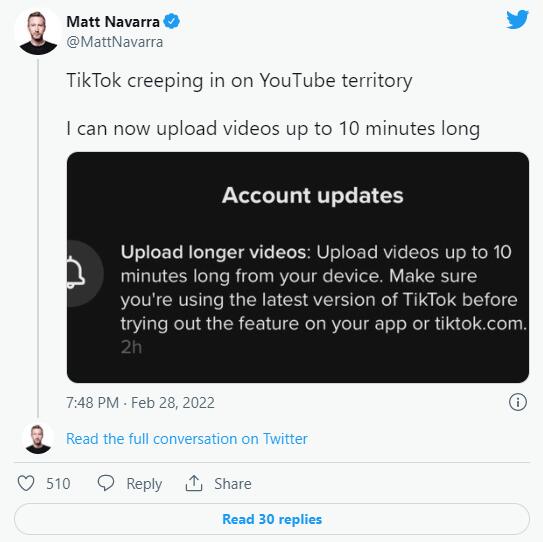 One of the reasons TikTok has turned massively prevalent worldwide — boasting more than 1 billion active users monthly — is that it offers an auto-generated feed of entertaining, intriguing videos that go under one minute and are algorithmically tailored to users' interests.

It's obvious that the platform is keen on facilitating ways to keep users in the app for a longer duration, as much as the number of TikTokers who will avail themselves of the 10-minute videos remains unclear.

Longer videos that come with richer content also allow TikTok to better compete with its rivals, like YouTube, which mainly focus on lengthy video, as well as draw the attention of an older audience and augment overall engagement time on the platform.

Meanwhile, a switch to longer content may undermine the corporation by limiting the number of data it can gather on users' watching habits, which is essential to customize the algorithms to capture users' attention in the first place. To put it another way, getting the length of the content right is kind of a balancing act. 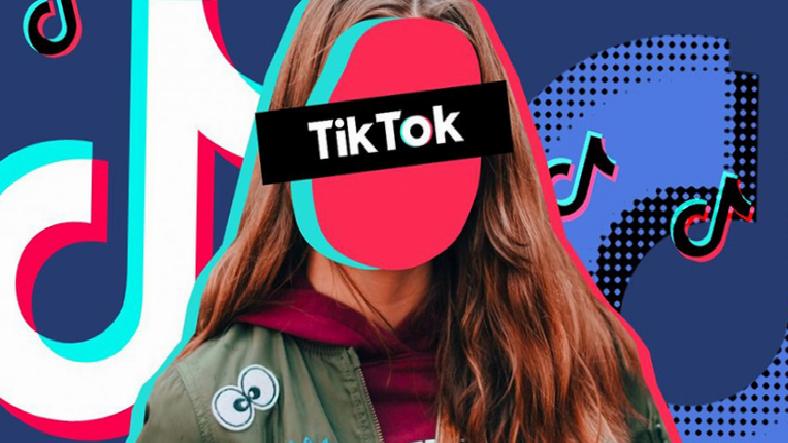 YouTube's Shorts, launched in March 2022, lately surpassed 5 trillion views overall. Spurred by TikTok's success, Instagram also launched short-form videos in the form of Reels, and Snapchat offers what it calls Spotlight. All these firms are struggling to get the formula right.

Matt Navarra, a Wales social-media consultant, said that "longer video content" is less challenging to monetize as TikTok can intersperse "those sorts of clips with ads without them being" as frustrating "for the user."
Navarra thought it was likely that TikTok could forgo video length altogether in the future and let users upload clips of any length, like what YouTube does.

How to Make 10-minute TikTok Videos

To make ten-minute videos on TikTok, just follow the detailed steps below:

1. Open TikTok on your device and hit the 'Record' button in the bottom bar to film your video.

3. Slide across to select the 10-minute option. Now, you can start uploading or recording your long-form TikTok video.

If you can't find the 10m option, then this feature remains unavailable for you yet.

It's Available for All People

TikTok has proclaimed that the feature is released across all accounts worldwide in a statement to Tech Crunch, which means that the 10m video option should be available soon if you can't locate it yet.

"Today, we're excited to start rolling out the ability to upload videos that are up to 10 minutes, which we hope would unleash even more creative possibilities for our creators around the world," a TikTok spokesperson said. 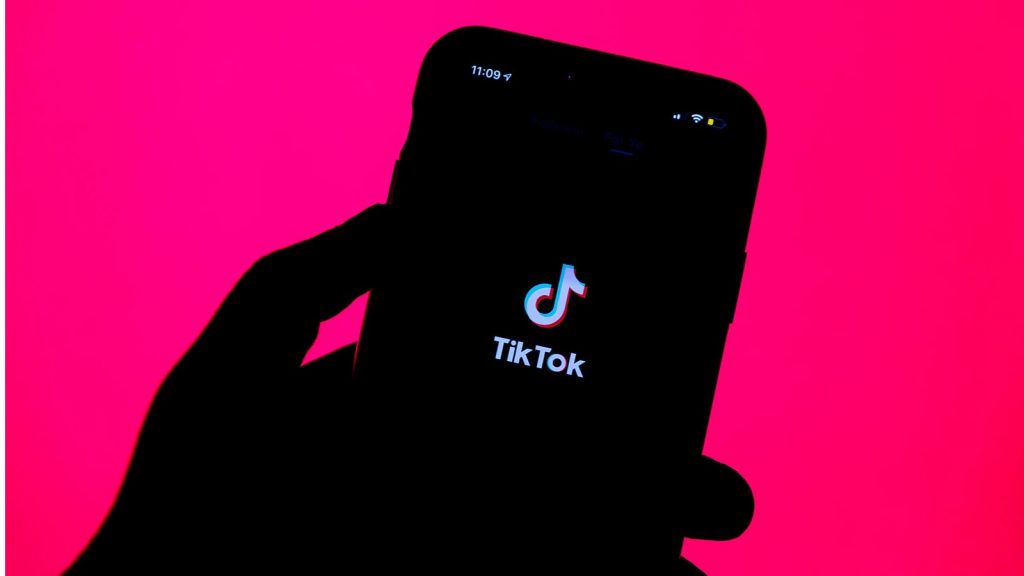 When the feature turns available, a pop-up message titled "upload longer videos" will show up as you open the app. Please ensure that you are done with the updates and are using the latest version of Tik Tok.