AOMEI Backupper is a server backup and business continuity solution aimed at assisting businesses at all sizes in scheduling differential and incremental backups to recover data across the partition, system, and hard disks. 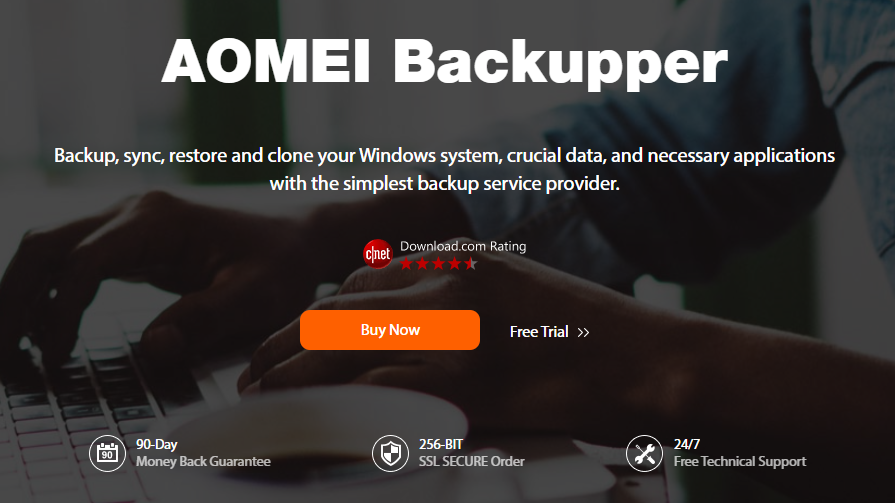 Parte 3. How to use AOMEI Backupper

AOMEI focus on securing user data, and its backupper is less a simple backup tool than an all-in-one utility that allows you to create a PC backup in a host of different ways.

AOMEI Backupper offers a fairly clean and intuitive interface with the core functions listed proportionally in prominent icons down the left side of the app window. The software is ideal for novice users, with very few steps required to finish tasks. 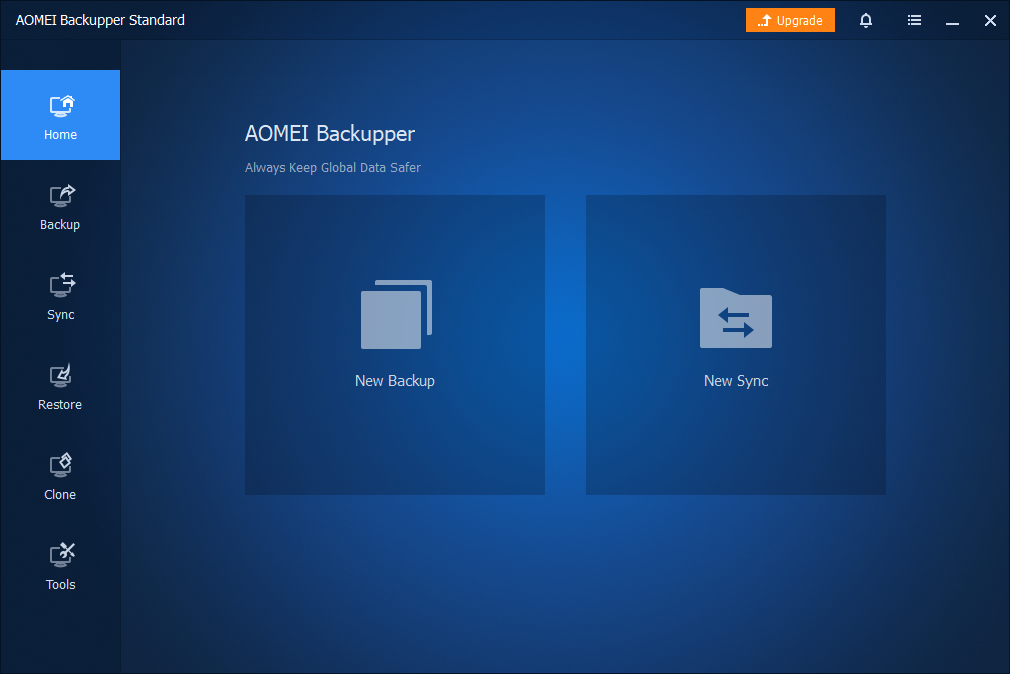 As the name denotes, the critical function of AOMEI Backupper is backing up data. The utility employs multiple back-ups and restores ways, supporting both PCs and smartphones.

All backups can be subsequently transferred to another internal HDD or SSD, NAS, USB drive, uploaded to cloud storage, or shared over the network.

System backup: AOMEI Backupper can perform Windows Server backup on the whole system drive, including OS, settings, applications, and so much more.

The tool allows you to detect and back up all of the hidden files and folders, leaving the recovery process as simple as hitting a button. This is recommended during Windows installation to avert backing up any trivial, temporary, or junk files. 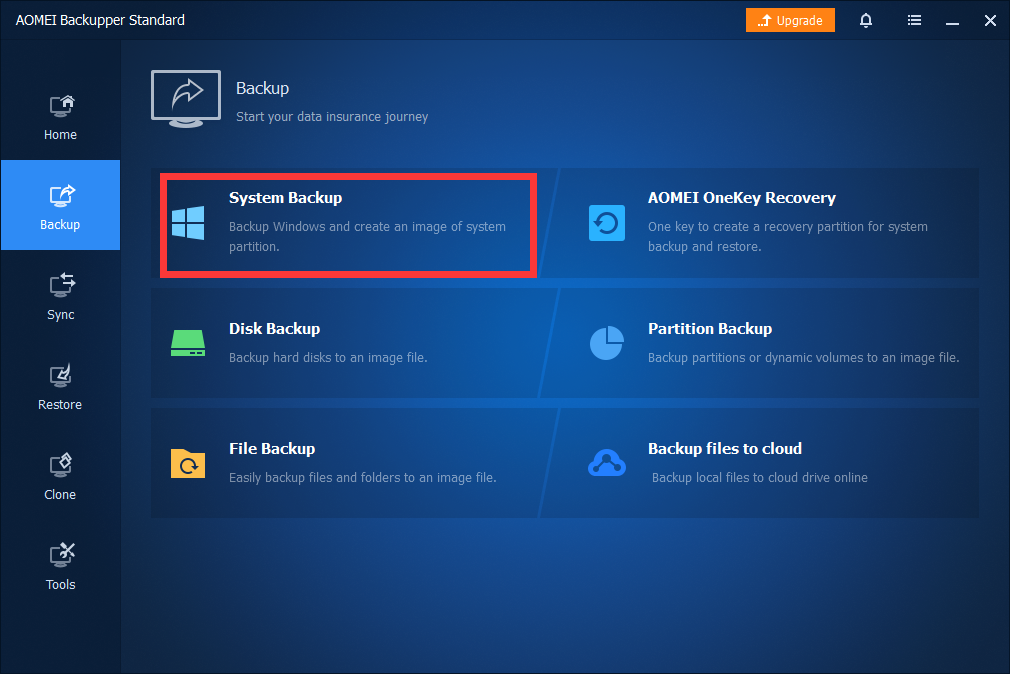 You are allowed to create a replica of the whole disk or one of the partitions within a few clicks.

File backup: You'll be able to back up all sorts of files via this fantastic utility, including multimedia, system files, or documents. AOMEI Backupper provides automated backups, either scheduled or on a recurring basis, and backups solely for the files that do not match the backup copies. 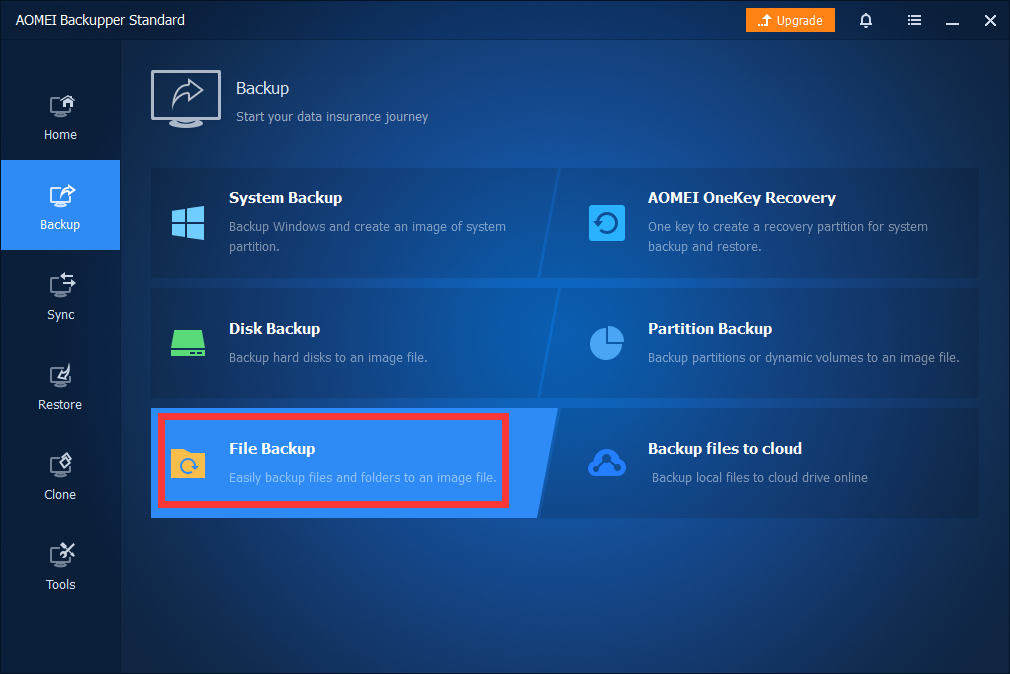 In addition to the above-mentioned system backup, the software can also make a bootable drive that covers any additional files and apps installed on your device. It can then burn the data to a CD/DVD, save the image file anywhere as per your needs, or alter a USB into a bootable drive with that data. 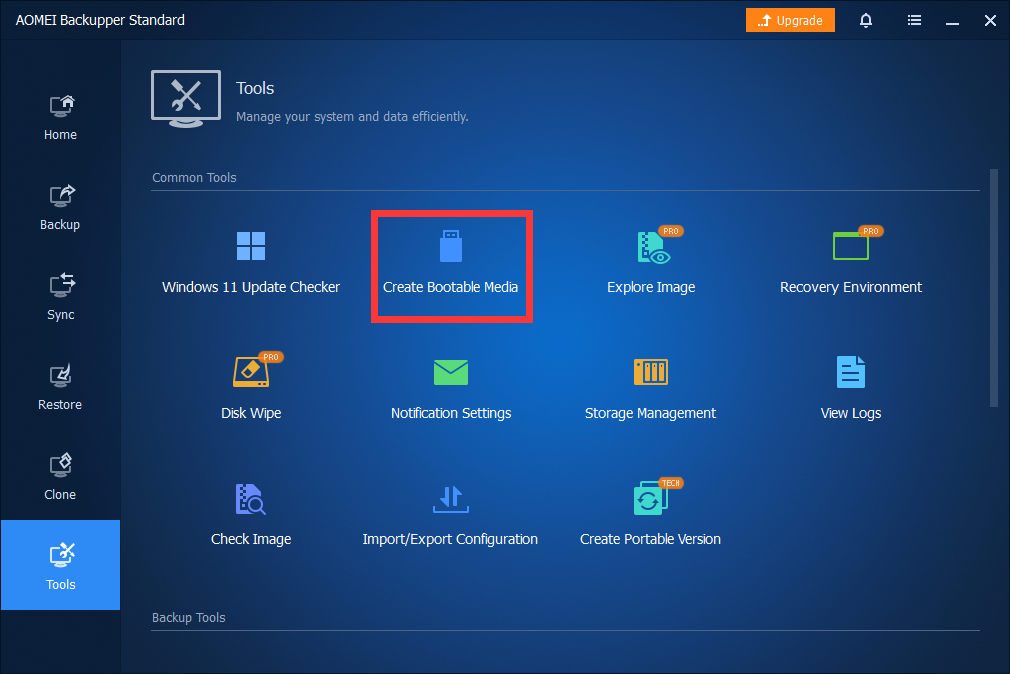 With the AOMEI Backupper, you can clone a hard drive for upgrading or replacing, migrate OS and all applications in the system drive to a new SSD or HDD, and create an exact copy of your partition or dynamic disk volume to move data. 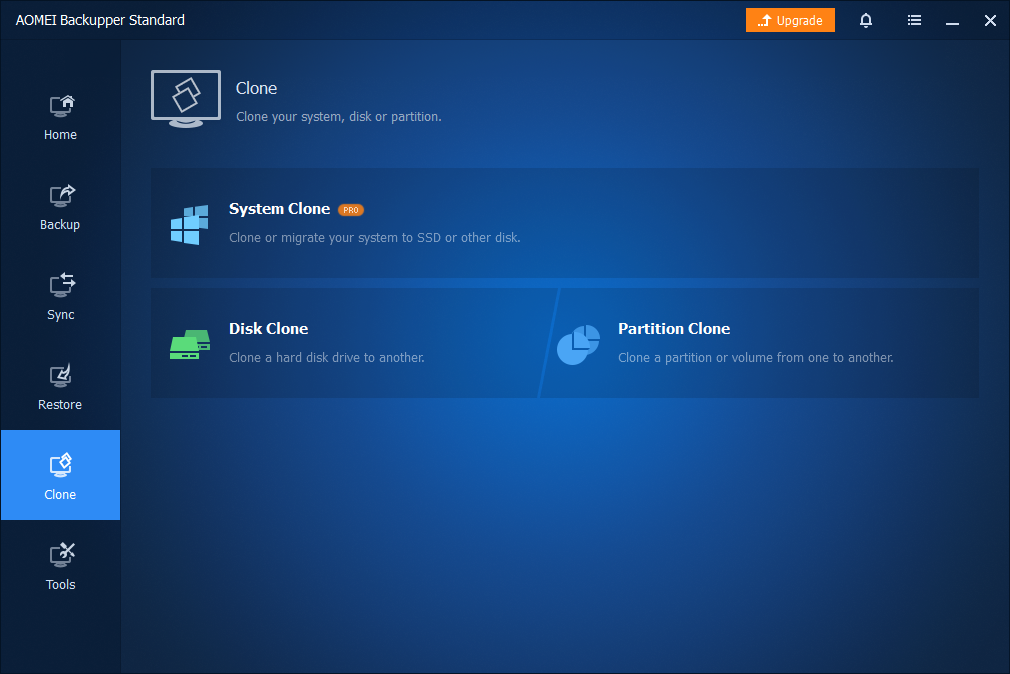 AOMEI's Backupper comes in several plans based on Windows PCs and Servers. The details of pricing options are as follows:

If you have a network of computers where you want to backup data and do restoration. In that case, your best bet is the AOMEI Backupper Technician, which comes with loads of exclusive options, unlimited PCs and licenses, charged technical services, and lifetime upgrades.

Individual users can benefit from the Standard and Professional plans, which can practically gratify all the backup requirements.

Step-by-Step Guide on How to Use AOMEI Backupper

Aomei Backupper's ability to take advantage of full system image backups can be a decent way of ensuring everything on your PC, covering all vital data, files, applications, and the OS itself. Here's how to do that:

Step 1. Click the "Backup" icon located on the left side of the screen. Then select "System Backup."

Step 2. Once you start working within the entire system image wizard, you will notice the tool has automatically worked out all of the disks and partitions which make up the underlying Windows system and added them to the backup set for you.

This denotes that the only thing you need to specify here is the disk or network share to be used as the target storage for the backup.

Step 3. You are allowed to choose whether to utilize intelligent sector backups or not. When turned on, this option will ensure that only the actively used portions of any partitions and disks are added to the image thus.

Once you set the advanced configuration, the image backup will then be run immediately or left for the schedule to pick up.

There are loads of alternatives to AOMEI Backupper out there. We don't pretend that any application is right for every user, so you might want to check this chart and see how AOMEI Backupper stands up to these rival solutions.

Thanks to its minimalist design, easy-to-use interface, and lack of technical language, you can start using AOMEI Backupper immediately, regardless of your technical knowledge.

Should I buy AOMEI Backupper

AOMEI Backupper is a perfect utility to backup, sync, restore and clone your Windows system, vital data, and crucial software.

Is AOMEI Backupper free?
Yes, the Standard version of AOMEI Backupper is utterly accessible for personal usage. A Professional version retails at a reasonable price of $39.95 per PC, featuring more backup, synchronization and disk cloning functionality.

What can AOMEI Backupper do?
AOMEI Backupperis a marvelous tool for backing up and restoring Windows computers and is available for both home and business use.

How do I restore from AOMEI Backupper?
To restore your files, you need to download, install and launch AOMEI Backupper in the first place. Upon that, open the program and enter the BIOS and set the CD-ROM as your first boot device. Now, click on "Restore" and choose the Image File item to browse a path and select the file that you want to restore.